A magnificent production that awakens nostalgia and is sure to inspire dreams. 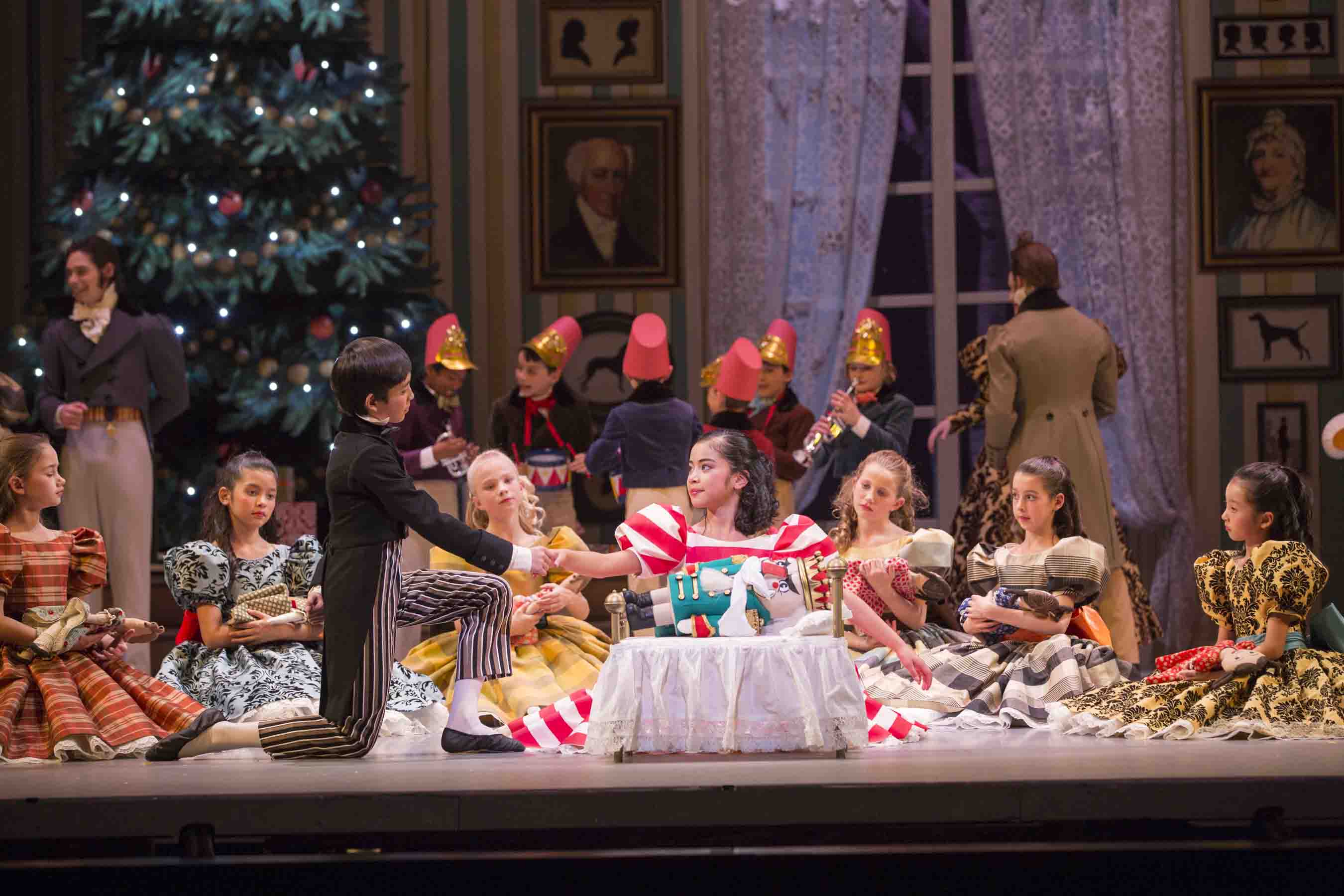 The Pacific Northwest Ballet’s much-anticipated production of George Balanchine’s The Nutcracker opened this weekend.  Scenic and costume design by Ian Falconer, illustrator for The New Yorker magazine, and author and illustrator of the children’s book, Olivia the Pig, set the whimsical tone.  Each scene is a visual feast that seems lifted from the pages of a story book and animated as children’s imaginations might conjure – there’s a grand Christmas tree that grows to a height of 40 feet and life-sized dolls that dance.  Internationally renowned and Pacific Northwest based glasswork artist, Dave Chihuly, lends a spectacular piece titled ‘Winter Star’ – its cluster of tentacle forms are like rays of starburst.

Eden Anan, as Clara and the Little Princess, made us feel her excitement and joy with each skip and smile, and she was a fine actress as well.  Joh Morrill, as Nathaniel and the Little Prince, showed great clarity in his mime recounting the battle in the second act. Dewdrop Chelsea Adomaitis led the fourteen waltzing flowers in intricately weaving patterns and quick and light steps; the delicate petals on their skirts fluttered with every jump.

Read the review in BachTrack.